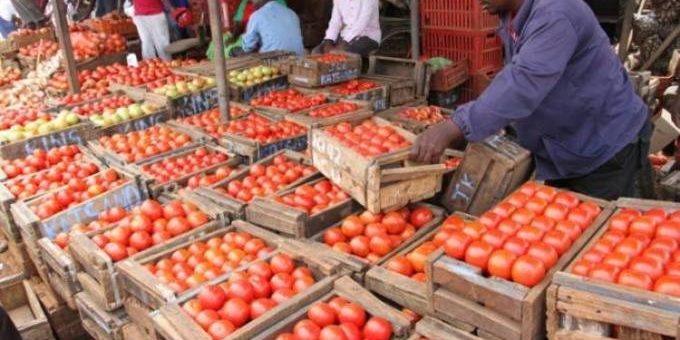 Word from the market with AMA

Horticulture is one of the sub-sectors underpinning the current agriculture transformation process. The 2020/ 2021 season recorded an increase in area and production under horticultural crops due to abundant rainfall received in many farming regions including urban areas. Notably, bananas, coffee, sugarcane and emerging crops such as blueberries all experienced increased production.

These crops, together with more than 100 agricultural commodities are produced by small holder farmers with 75 percent traded through mass markets such as Mbare, Sakubva, Nkayi, Vhengere, Murehwa to mention, but a few.

However, the benefits of improved production have not translated into good returns for most farmers due to a number of factors.

A snap survey to assess the performance of horticultural markets in the first half of the year shows that despite the sector enjoying classification of essential service, natural shocks such as those brought about by Covid-19 and frost, consumer low buying power and absence of sustainable marketing system have weighed down performance.

Despite increased supplies because of the bumper harvest, the absence of alternative systems for regulating supply has resulted in a suppression of prices. For instance, for a box of tomatoes, the best price for a good return has been US$6 per 8kg wooden box.

However, the availability of irrigation water in most areas led to a drastic increase in supply in the last few months, resulting in prices of tomatoes going down from US$10 to US$2,50 per box. Lack of facilities and preservation technologies has created gluts in mass markets. Development of cold and dry storage facilities is thus paramount to deal with some of the avoidable economic losses by the farmers.

Covid-19-induced lockdowns have reduced trading time for local mass markets from where most urban households get their food. Where a mass market usually operates from 5 am to 6pm, trading hours have been limited to 6am — 3:30pm. The four hours lost means that volumes of diverse commodities are forced to be traded in a shortened period. Resultantly, farmers reduce prices to clear their stock. A lot of perishable commodities have been left in the market for trading the next morning when they compete with fresh commodities that will have been supplied that day.

The business operating hours have impacted on consumer buying power, especially of the SMEs sector which now dominates incomes for much of the urban population.

There is a corresponding relationship between business activities in non-food or agro-related SMEs and mass food markets. When SMEs are booming, demand for commodities in mass markets is high. Thus, market demand due to closure of SMEs businesses like Siyaso, Gazaland as well as others in cities and growth points across the country has affected farmer incomes.

The curfew has caused delays in travel since farmers usually transport their produce to the markets during the night. These delays are ranging between a day and two, disrupting the quality of products sold on the market. The importance of long-distance public transport in the agriculture sector has become more apparent.

These factors beyond farmers’ control have forced them to reduce prices in the process incurring economic losses. Further to this is the extreme winter conditions experienced by the country last month, particularly frost incidences in production zones like Beatrice, Mutoko, Murewa, Macheke, Rusape and areas around Gweru. These are anticipated to cause a loss on the production side and trigger an increase in prices of tomatoes, leafy vegetables and other commodities that do not thrive under cold weather as well as excessive frost.

Nyanga, which produces most of the potatoes consumed in Zimbabwe is one of the places hit by frost. As such, it is anticipated that crops such as green mealies, potatoes, tomatoes and butternut squash will fetch in higher prices on the market impacting consumption.

While in Zimbabwe, horticulture production predominantly occurs in the Mashonaland region, the past few years have seen development organisations and Government interventions like irrigation expansion boosting the production of horticulture commodities in dry regions like Masvingo and Matebeleland.

This has contributed to some of the gluts. For instance, it is now common to see butternut squash produced in Jotsholo coming all the way to Mbare because the local market is too small. On the other hand, due to travel restrictions, commodities are not reaching low-producing regions on time and in a fresh state for consumers.

◆ Word from the market is a column produced by the Agricultural Marketing Authority (AMA) to promote market driven production of agricultural crops. Mr Charles Dhewa of Knowledge Transfer Africa contributed to this article. Feedback mmlambo@ama.co.zw or gmashiri@ama.co.zw

Guide to marketing grains and oilseeds this year
April 11, 2022