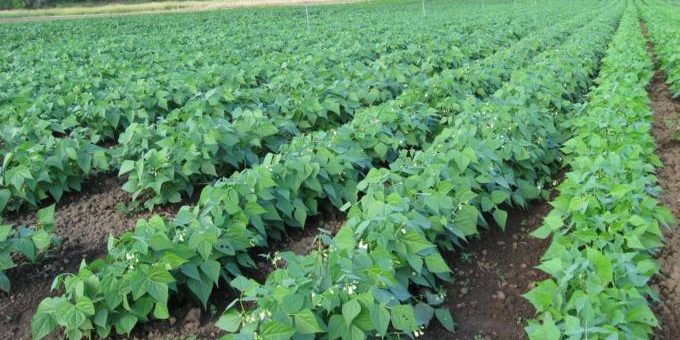 Word from the market with AMA

The impact of the Agricultural Recovery Plan (ARP) has been to reverse negative production and productivity trends that had suppressed the growth of various agricultural crops. Part of the low productivity has been attributed to a lack of market information and marketing facilities.

One of the crops that has seen an impressive increase in national production and can immensely benefit from the development of markets and market linkages is sugar beans.

Furthermore, the surge in the number of irrigation schemes growing the crop indicates that it is coming out of the “orphan crop” status.

To promote the increased production of sugar beans, the Agricultural Marketing Authority introduced market linkages programs at irrigation schemes in Manicaland province as a launch point in the 2019/2020 season. The linkages were tailor-made to facilitate a meeting of minds by bringing farmers and buyers under one roof and inform future production plans.

These linkages were also educational in nature as they sought to alert the farmers on the malpractices of middlemen when they buy produce from the farmers.

Following up on the foundation laid last year, visits were conducted last week to assess progress to date. The increased hectarage put under sugar beans in the 2020/2021 season demonstrates how sugar bean has become a crop alternative among smallholder farmers. And with this momentum, the country can grow enough for local consumption in the near future and cut down on imports of the crop.

The sugar beans crop is an important source of vegetable protein. It also has a ready and reliable produce market as it is widely used in manufacturing processes.

With a potential return on investment of two to three dollars on every dollar invested, venturing in production can be a profitable business, subject to agronomic practices employed by the farmer.

The crop, depending on the agro-ecological zone, can be grown at least twice a year, that is, in February and July. This presents a good opportunity for the local farmers to earn revenue from production throughout the year. It is a light feeder with nitrogen fixation properties and can be grown in rotation with heavy fertiliser feeders such as maize, wheat and cabbage.

The crop is marketed on the open market, to supermarkets, non-governmental organisations and through contract farming schemes. The national demand for sugar beans currently stands at 104 850 metric tonnes against the current production of 32000 metric tonnes.

The national sugar beans productivity is pegged at an estimated figure of 0.87mt/ha which is quite low by any standard. Hence, the Agricultural Marketing Authority is encouraging buyers of sugar beans to promote sugar bean production through backward integration.

Such an intervention is a catalyst for increased productivity owing to the provision of adequate inputs, knowledge transfer, reduced transaction costs and a guaranteed market. Farmers in irrigation schemes across the country have been registered with the Authority with the view of doing organised farming and marketing of agricultural commodities.

Sugar beans are suitable for contract farming. Local manufacturing firms have a role to play in developing local suppliers to complement government efforts to improve food security and help create employment both at factory and farm levels.

Indeed, private players can leverage this strategy to circumvent transaction costs by contracting farmers to plant sugar beans. In addition, other benefits that accrue include increased product conformity to standards and quality specifications of the contractor since the contract specifies required parameters.

There is also a significant reduction of input costs per unit and access to agricultural credit and financial incentives.

Thus, the farmers contracted to grow sugar beans will also be able to enjoy access to a ready market for their harvest at a predetermined contract price.

Capacitation of farmers with training and technical assistance for farmers working under contract farming provides will help drive up production for surplus which can then be exported.

As AMA continues to create the linkages across other crops, this is envisaged to translate to well organized marketing that reveals opportunities within Zimbabwe’s entire food basket.

Word from the market is a column produced by the Agricultural Marketing Authority (AMA) to promote market-driven production of agricultural crops. Feedback mmlambo@ama.co.zw or gmashiri@ama.co.zw.